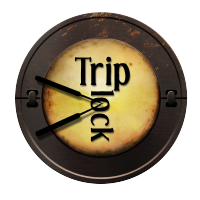 Each remaining member of the group stepped inside the cylinder. The Stranger slammed a steel lever inside down as hard as she could. As the space around them became awash with white light, they could see what appeared to be an entire battalion of Royal Company Elite storming into the room. Their rifles raised, they fired just as everything disappeared.

When the light faded, the group found themselves outdoors on some sort of landing pad. The sky was a pure, clear blue, unlike anything residents of New London had ever seen.

Where they were was entirely uncertain.

“If you start spitting up blood, you may want to just end it quickly,” the Stranger said, brandishing a small pistol. “Should’ve listened when I told you to take your meds.”

She explained that a while back — nobody knew exactly how long ago — the Royal Company had somehow gotten its hands on unimaginable technology: a machine that allows its users to move between timelines (each an alternate reality of the original) at will. The machine’s effects are temporary and it can suddenly pull its users back to the original timeline without warning. This could land you inside a wall, in mid air, all sorts of bad stuff. Even so, the Company’s power brokers have already been using the contraption to gather immense wealth and power.

“We have their machine and their power…at least for now,” the Stranger said. “Next, we need to borrow a few things they’ve nicely collected for us and stored at their Royal Company HQ. It’s time to show me just how good each of you are at what you do.”