One of the things we’ve been fascinated to watch since the debut of Too Many Bones in 2017 is the evolving discussion of the game’s difficulty. When TMB first arrived on people’s doorsteps, we saw a lot of people wracking their brains for solutions or declaring certain tyrants or baddies “too hard” or “unbeatable.” As time went on, however, players started to grasp various strategies and techniques, and some experienced players even began saying that the game had grown easy. In reality, however, this diversity of thought is an illustration of something we try to build into every TMB product we make: scalable difficulty. Every time we create a new Gearloc or tyrant, we try to make it completely unique. That means that each will have different strengths, weaknesses and challenges. Some Gearlocs work better solo; others work better in groups. Some Gearlocs rely more on stat boosts, while others need a broad array of skill dice or even loot synchronicity. Some Gearlocs are just plain easier to use than others, but that’s the point: We want players to feel welcome when they start their adventure, and we want them to continue to feel challenged as they get better at the game. With that in mind, and with the long-awaited arrival of the Splice & Dice content now in people’s homes, we’ve decided to bring you a simple guide to scaling TMB’s difficulty so it’s exactly as challenging as you want it to be. All of these tips are within the regular purview of the rules, although we’ve seen a few fan ideas for difficulty scaling that are intriguing, but not officially endorsed (like removing peaceful encounters to make the game harder).

How to Make Too Many Bones Harder (or Easier) (or Whatever)

This is probably a no-brainer to most of you, but don’t forget that before each game of TMB, you have the option of setting the difficulty at adventurer, heroic, or legendary. These levels dictate the amount of HP and training points you have at the start of the game. If the game is feeling too hard, ease back down on the difficulty level, and if it feels easy, start your next game at legendary! If you spend much time on any of the Chip Theory social media pages, you’ll probably bump into a picture someone has taken of Ghillie one-shot killing a tyrant. There’s a reason for that: Ghillie is one of the most versatile, adaptable, and accessible Gearlocs to play, allowing players a variety of builds to deal maximum damage against their foes. Gearlocs like Ghillie, Gasket and Patches are among the less difficult Gearlocs to play, while characters like Tink and Stanza offer some of our most challenging puzzles. You may find more enjoyment if you pick a Gearloc best suited to how difficult you’d like the game to be. We also sometimes see people who frequently pick the same Gearloc, learning their optimum builds inside and out. Once you’ve done that, maybe mix up your next game by playing with a less familiar Gearloc. The choices you make for how to train them will feel fresh and new again! Now, granted, party size becomes kind of immutable if you’re playing with three or four players, but for games of one or two players, you have a lot of options here. TMB is generally easiest with groups of four Gearlocs, and generally hardest with groups of two – although there are some Gearlocs (like the recently released Dart) who are extra challenging when you take them to the Battle Mat alone. Experiment with pairings and numbers of Gearlocs to find a combination that’s just right for you. Maybe you have a Gearloc you like to use most of the time, and you think you’ve found their perfect build. Or maybe you’ve used a Gearloc and tried out a build that seemed to work OK, but you weren’t laying out baddies left and right. Next time, switch things up! Change the number of training points allotted to skill dice vs. stats, change which skill trees you focus on, and change which stats you boost. You’ll probably find a new side of your Gearloc, one that’s just as fun to play but forces you to rely on some new ways of thinking. Not all tyrants are created equal. Some, like Nom and Barnacle, are perfect for beginners, while others, like Gendricks and the Goblin Queen, can make even the most seasoned adventurer quiver in their boots. Before you play, find a tyrant you haven’t fought before (or, if you’re looking for a harder game, a tyrant you haven’t beaten before) and check out its card and chip. If the number of progress points needed to face the tyrant is close to the number of days you have to defeat it, that means you have fewer opportunities to fail. The encounter on the back of the card, as well as the chip’s attack, defense and health, allow you to gauge just how difficult this scourge of Daelore will be. The first five items on this list allow for a large amount of variability in every game of Too Many Bones, and we think there’s plenty of options there for anyone wishing to change up the difficulty. However, we’re always looking for new ways to challenge TMB fans, and with the release of the Splice & Dice content this summer, we’re really proud of what we’ve accomplished. Much of the Splice & Dice content, things like the spliced baddies and new tyrants, was specifically engineered to make the game more difficult for experienced players – especially for parties of four. If you’re looking for a new TMB challenger, why not take on Amanight or Blobulous, or use Dart solo against Barnacle’s old foe Leech? — No matter your skill level, there is a way to play Too Many Bones that is right for you. If you’ve been having trouble – or maybe not enough trouble – reference this guide the next time you play to craft an adventure that’s just right. And don’t worry about getting KO’d every now and then… That’s just part of the Gearloc experience! 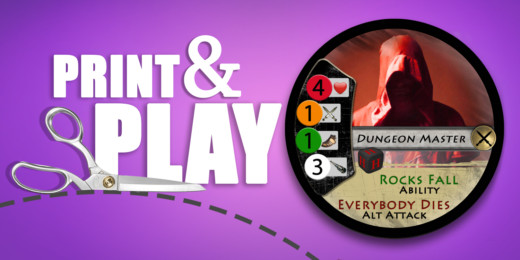 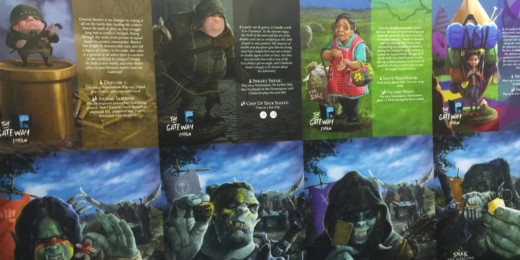