As you may have seen, a couple of days ago, Chip Theory Games announced a new standalone solo game, Hoplomachus: Victorum, as well as a remastered, single-box edition of the original Hoplomachus content with streamlined components and art. While we’re floored and grateful for the overwhelming positive feedback we’ve received at the announcement of this new direction for the Hoplomachus franchise, we have heard from some people who have a few questions about the reasoning behind this change. Many of those questions boil down to one major sentiment: What was wrong with Hoplo the way it was? Why do you feel the need to change it?

When Hoplomachus: The Lost Cities launched on Kickstarter eight years ago, Josh and Adam were operating Chip Theory on a part-time basis. Josh did all the graphic design on his own, primarily using royalty-free art from old paintings. They thought the chips and neoprene approach was a cool idea, but they didn’t know it would become a pillar of the company’s approach or that over the next decade, CTG would become known as a board game company with one of the highest production values in the industry.

As such, despite its passionate fanbase, the Hoplomachus games have never been a big seller for Chip Theory. We believe a big reason the line has never sold like gangbusters is because it looks and feels (in many respects, anyway) like it was our first game. To push it now, in the modern tabletop space with tons of new competition and a cult of the new, really necessitates a new approach to keep it as a viable line moving forward.

Cut to today. We haven’t reprinted our Hoplo stock for a few years (a VERY long time for us, as the Bones franchise reprints have come fast and heavy as demand has increased). As stock finally dwindled on all the old content, we had to decide what to do about the future. We love Hoplo! The simplicity of the rules and setup combined with the deep tactical options stand in wonderful contrast to the asymmetrical craziness of things like Cloudspire and Too Many Bones. However, the old content doesn’t look like or sell like Cloudspire and Too Many Bones – certainly not enough to justify a reprint – so it was a matter of either retiring the series or doing something more drastic.

In the end, we didn’t want to give the franchise up, so we made the decision to rebuild Hoplo from the ground up. In the remastered box, we’re aiming to include the majority of the content from the existing games and expansions, albeit in a more unified and streamlined way. For solo, we want to create a framework that brings the various content silos together into some sort of meaningful structure, with new art, lore, rules clarity, and modest tweaks where necessary.

We also want to lean into the fact that this is the easiest big box CTG franchise to pick up and play without previous familiarity or an experienced teacher. We want to eliminate redundant units, abilities and alt-attacks that have extremely limited use cases, and remove any other barriers that may exist to allow folks to jump in and play in any number of modes. With that in mind, this will look and feel different from the original Hoplomachus line, and some of our old fans may prefer the complexity level of the older content. That’s fine, too! We stand by the original line as a solid, independent product.

It’s that level of rebuilding that has led us to decide that we won’t be offering an update pack. So many things are changing – the aesthetic will be totally different, to say nothing of the gameplay changes – that the new Hoplomachus really stands on its own as a new product, not merely a new edition of an existing thing.

That being said, we love our original Hoplomachus backers and customers, and we are working hard to make sure the new product is at a price and production level that will entice those fans to check it out. That’s also the impetus behind Victorum: to offer a brand new solo experience that any Hoplo fan, new or old, can jump into for the first time.

We’ll be revealing more in the coming months, but once again, thank you so much for your support and feedback on this announcement. And remember: Though the Hoplomachus campaign is coming next spring, we have an as-of-yet unannounced title coming to Kickstarter this fall. Until THAT announcement, we have games to mech… we mean, make. 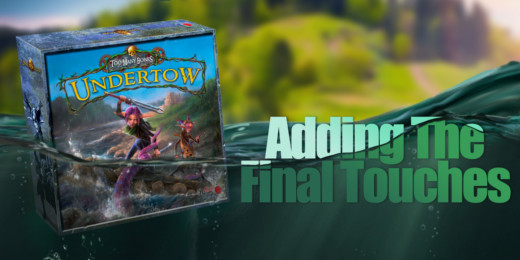 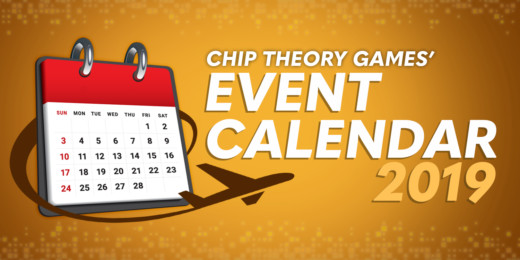