It’s the final weeks of Splice and Dice development! Time to hunker down at CTG HQ and apply all the finishing touches we can. This is an exciting time for us, but also a stressful time of obsessive internal and external testing, polishing, editing, and proofing. Playtesters have been running a massive amounts of tests against the new pre-designed Tyrants to get their difficulty and balance just right. The feedback has been enthusiastically positive, and we’re very close to having the difficulty/balance/mechanics of all of them completely locked and loaded. While we have no interest in making things so difficult they’re not fun, we’ve made an intense and concentrated effort to crank the challenge on these tyrants (encunters and final battles) up as much as we can – specifically in the realm of four player games. Case in point? Blobulous just received a new 2-in-6 chance Tyrant Die Skill called “Equilibrium” that instantly drops the health of every Gearloc on the Battle Mat to that of the current weakest Gearloc. It’s perhaps the cruelest measure we’ve taken against the power of a party of four, but so far has yielded very promising and challenging results 🙂 Here are a few other things we’ve made slight “improvements” to this past month:

…and that’s just for starters. We’re fine tuning each and every encounter and battle for maximum challenge, fun, and theme. We think these tyrants are easily some of the most fun you can have in the TMB universe.

This portion of Splice and Dice has been a blast to work on.  Every so often, we will hear a chuckle from Josh’s office as he plays through or reads feedback from our playtesters on NAP mode. If TMB keeps you awake at night with its perfect execution of highly sophisticated dad jokes and punny epiphanies, NAP mode is no snooze itself! Set in the dramatic bowels of a secret lab and led by someone who revels in the twisting and contorting Dealore’s DNA, Splice and Dice presents to you: Nobulous, a diabolical mastermind…and a boss, who often gets in his own way, can’t stand his work environment, and who desperately wants to work alone but needs NAP to aid in the completion of his work. Anyway, it’s lots of fun. Meaty in gameplay. More on the nose than TMB. You’ve been warned.

NAP mode is played by novice apprentices over a 7 day week that consists of 8 hours in a day. 5 Progress must be achieved through successful splices to your Tyrant. But in order to make a successful splice, you must also navigate Nob Tasks, Opportuties, and Fatigue cards. With a new card coming out every hour of the day, you and your fellow apprentices must quickly prioritize: Tyrant or Tasks. Tasks start as Requests, that turn into Demands, that turn into Punishments if ignored. Opportunities can help if you can take advantage of them, while Fatigue cards almost always get in the way. Each intern has its own small advantage it brings to the group. While seemingly inconsequential, these advantages add up and can be the very thing that’s needed to make your tyrant something truly special. 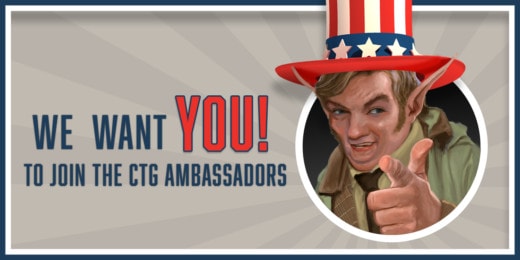 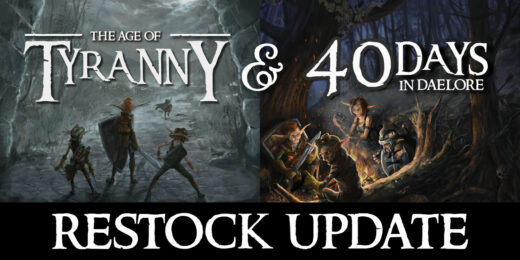 Too Many Bones content coming back in stock worldwide September 10, 2021 Interview With The Author of Too Many Bones’ Liberation Logbook December 29, 2017